Want more free information on how to help your child overcome learning issues? Check out this free ‘Hidden Potential Assessment’ to show you where your child can improve their skills.

As the father of a child who struggled with learning, I wish that someone had told me about these early signs before. If you have an infant, toddler, or early school-aged child, these 15 early signs of learning issues can help you discover the root cause and uncover your child’s potential earlier, minimizing future problems.

Though the research out there is contradictory, in my experience, a very significant portion of children who are later discovered to have learning issues did not crawl at the normal time of 9-12 months. This is a very early sign that may have an impact on learning in the future (though that’s not always the case). My eldest daughter, who had serious learning issues, was in a baby walker a lot during this period and didn’t do much crawling.

Now, if I had to do it all over again, I would do whatever I could to keep her crawling until she was one year of age instead of encouraging walking early on.

Surprisingly, many children with learning issues had multiple ear infections and grommets inserted when they were very young. The inner ear vestibular system is strongly connected to some learning struggles. Infections in the ear (and the grommets used to treat them) can cause reduction in sensory stimulation between brain and body.

This makes it harder for the child’s body and brain to make critical developments that turn into natural skills.

Reading is often wrongly linked to intelligence level. Many kids who struggle with reading are assumed to have low intelligence, but it’s really the opposite. Early struggles with reading usually stem from the fact that they haven’t developed the ability to use their eyes to absorb data in appropriate ways.

This is a skill which is quite separate from underlying intelligence. Eye tracking is not consistent, so words come in scrambled and it is too hard for their brain to keep up.

Many kids have brilliant creativity and thoughts, but cannot write. Like reading, this lack of ability has nothing to do with intelligence. Writing is a skill that involves eye tracking and fine motor skills.

Here’s why they have trouble: their ‘thinking brain’ (cerebellum) has to handle the writing because the inherent skill haven’t yet developed. Unfortunately, the thinking brain does this clumsily.

This information should be put in the cortex with unlimited capacity, but instead is done in the limited space of the thinking brain, which gets overloaded when the child has eye tracking difficulties and fine motor issues. If the working memory is full of information that need not be there, the child cannot pull their thoughts together and get them on paper. Their thinking brain is far too busy and overloaded.

When children haven’t yet developed the eye tracking and fine motor skills, and when their thinking brain is trying to take in too many things at once, learning how to spell is incredibly difficult.

Difficulty with spelling has precisely the same underlying causes as trouble with reading and writing, and once again, has nothing to do with intelligence. It is, however, a foundational skill that points to greater learning struggles later on if it’s not resolved early.

Brain-body connection is responsible for concentration skills. Undeveloped skills fill up the thinking brain, which can only process up to 7 things at any given time. Many children with poor concentration haven’t yet developed all their listening skills, so they’re using their working memory to try to listen.

They aren’t choosing not to hear you—they simply don’t have the mental capacity available to focus on what you want them to focus on.

If your child frequently knocks things over, is generally clumsy, and isn’t good at team sports, that can be a sign of underdevelopment in the cerebellum. Once again, we’re dealing with a brain-body connection that isn’t fully and adequately developed yet.

I often hear from mums whose children are forgetful or disorganized. This is linked to the thinking brain getting filled up because the cerebellum hasn’t fully developed. This forgetfulness is caused by the child’s mind trying to process too many things in the cerebellum and running out of capacity.

9. Needs Labels Cut Out of Clothes

It is very, very common for children with learning struggles to find labels to be itchy. When the brain and body develop senses, they all have to be processed somewhere.

If the processing is not fully complete, you may get some strange things, like difficulty coping with touch. Labels that some people wouldn’t feel are incredibly irritating to some children. Once again, this symptom is a sign of a cerebellum that hasn’t fully developed.

Many who struggle with learning have had travel sickness as a child. Has travel sickness affected your child at any point in their life? This has to do with the coordination of movement and balance.

Though the root cause is in the brain, it impacts the stomach. Their bodies don’t cope automatically and naturally with movement because of the underdevelopment of the cerebellum.

Does this sound familiar? Your child is playing alone, and you say something to him or her. They continue as if they haven’t even heard you. They are not choosing to ignore you— they simply can’t hear you, they can’t register what you said.

I’m sure you’ve guessed the cause by now—their thinking brain is filled up by what they’re doing and they do not have the space to process what you said, so it’s as if they heard nothing at all.

I’ve seen children who need ketchup on everything, others who only like junk food, and some who have an insatiable sweet tooth. After supporting the cerebellum, these same children naturally started choosing healthy food with no training in that area!

I believe that this is because there is a link between the gut and the brain, and some studies have begun to reflect this. Picky eating, in many cases, may be improved when you start to focus on improving learning issues.

13. Low Self Esteem and Shyness

When I first started researching this, I was focused on specifically improving reading skills. I soon noticed that, when working on improving reading, the first thing that most parents reported was not better reading.

Rather, they reported improved confidence and less shyness. When you work on supporting the cerebellum, you end up improving the efficacy of all skills, including listening skills, verbal fluency, and other skills that help with social activities.

14. Homework is a Nightmare

Does your child put up a fight when it’s homework time? For many children with learning issues, homework is even harder than school. It’s exhausting, especially without the teacher there to help them. They don’t want to admit to their parents that they don’t know how to do the exercises in their homework.

This relates closely to other things we’ve already discussed, like poor listening and comprehension skills.

Frustration, anger, depression, panic attacks, and anxiety are all linked to low capacity in the thinking brain. Many children have low emotional control and it’s assumed they’re making the choice to be grumpy, angry, or anxious.

Please understand children with learning issues are not choosing to be that way. The cerebellum just hasn’t finished its job of basic skill development, and they simply don’t have the capacity to control their emotions.

Once again, supporting the cerebellum can greatly help with emotional control.   Check out this free ‘Hidden Potential Assessment’ to show you where your child can improve their skills.

To your child’s happiness,
Wynford Dore 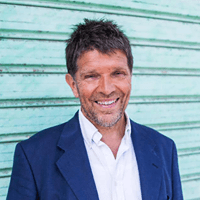 Wynford is the owner of a private school for children in England, and for the past 20 years he has done research and studied the work of some of the top neuroscientists in brain development